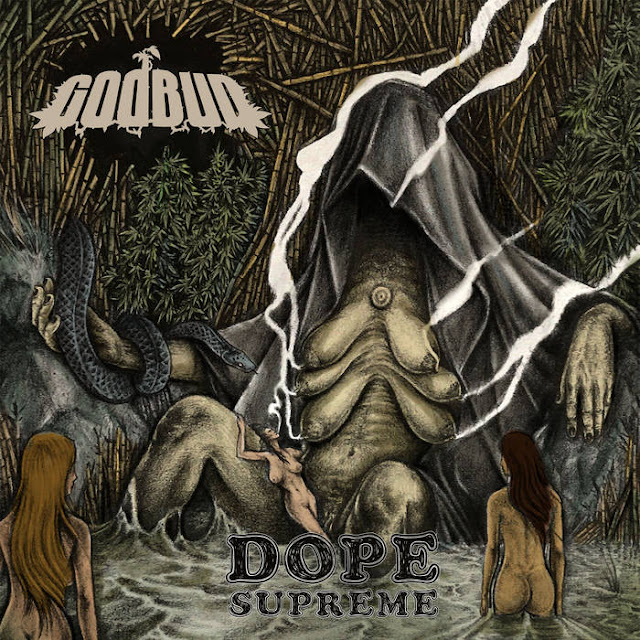 Named after a particular strain of cannabis plant, the riffs on 'Dope Supreme' by Turkish stoner doom band GODBUD were born from the bong. Three tracks of sludgy, stoned doom, slung so low and played dead slow. GODBUD obviously listened to a lot of BLACK SABBATH but those revered Astonians were positively bouncy compared to these guys. Gag on the sludgy fuzz from the fur ball riffs that clog the senses. There is the added occult mysticism that adds a warped, horrendous majickal air and gives this fantastic EP the feel of an invocation rather than a record.