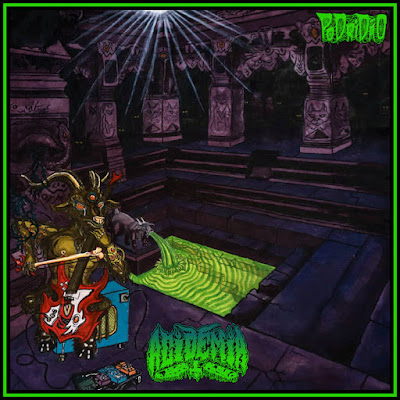 Doom of such depth it crushes like a neverending freefall through the Jovian atmosphere. Deep enough to excavate bedrock from a fathomless ocean. No need to visit the dentist with this album as your teeth soon rattle and fall out along with your eyeballs, such is the potency of the rhythmn section which is ablolutely devastating. There is some psychedelic ambience in here but don't expect any respite, all it does is feel like barbed wire pulled through one ear and out the other. Don't worry about your brain though, it's been turned to mush anyway. Immense Doom!
at July 31, 2021 No comments: 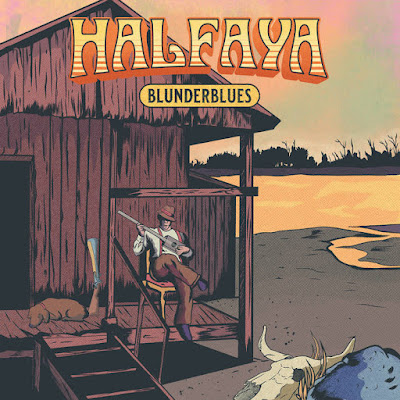 This has all the ingredients of a South American stoner record. It's loud, it's brash, and although the album title hints at a blues based stoner sound, thats been blasted apart by the driving Fu Manchu like riffs and then laid to rest in a shroud of fuzz.

Email ThisBlogThis!Share to TwitterShare to FacebookShare to Pinterest
Labels: Stoner 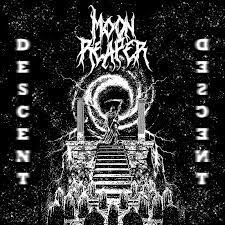 First review after quite a hiatus, although the Deathrattle Podcast has continued to terrorise the internet and what a nasty one I've picked to start with. Once you cross the threshold with this bleak nugget of post sludge pain, there's no way back into any form of joyous light. There is a modicum of succour within 'Descent' due to the clever use of progressive elements throughout the album but the hardcore style beatdowns quickly asphyxiate you under a thick blanket of ash choked riffs.
'Descent' is a very clever album in the way the various styles of metal gel. Although this is essentially a sludge album, you can't point your finger and say for an absolute fact that it is because there's so much going on, there's even a passage during the tracks 'Necromancy' and 'Clockwork' that could pass for Rush among the carnage, vocals aside.
'Descent' is out tomorrow and I'll leave you with a link to the band's Linktree so if you're interested in checking out the album, you can keep up with proceedings there.
Steve ~ Deathrattle Podcast
https://linktr.ee/moonreaperuk
at July 29, 2021 No comments: