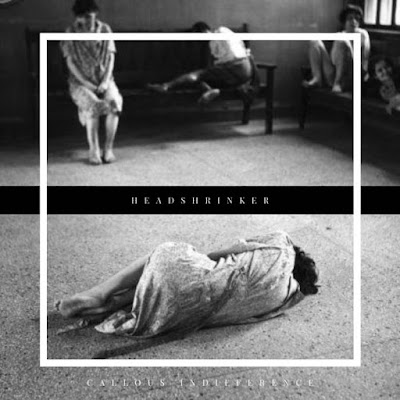 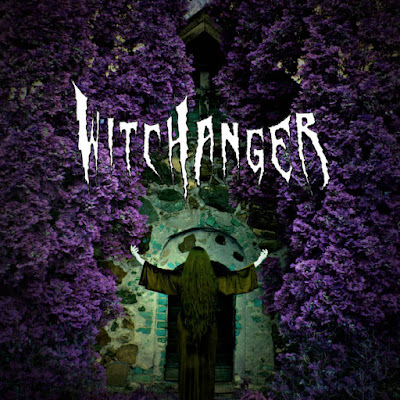 Heavy, heavy Finnish doom with THAT guitar sound I love so much. Fathomless riffs that spit and growl as they bring you to your knees. A leviathan seance invoking gargantuan sounds, the vacuum crushes your chest driving splinters of bone through your heart. The guitar tone  is so immense it has it's own moon! 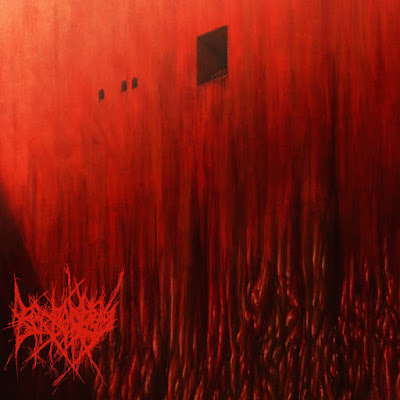 Released earlier this year by the band and now exhumed by Solitude Productions, Decorticated Burial Of Delirium is a harrowing example of how to mould death, doom and funeral doom into a congealed morass of tormented anguish and unbearable agony. Sounding like the offspring of a hellish triumvirate of dISEMBOWELMENT, Dusk and Worship, there is a choking atmosphere of foul odour and poisonous foreboding, where only the condemned and the damned can enter the gate to the final track Decortication/Delirium and pass beyond, head bowed, shoulders slumped, all joy and hope abandoned.
at August 16, 2021 No comments: 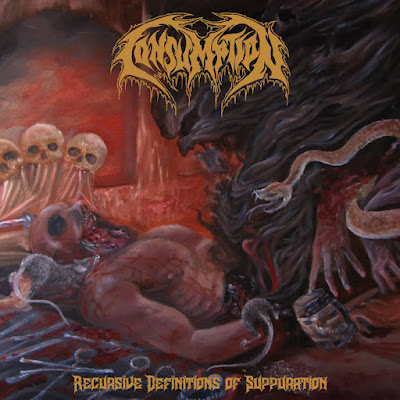 Any band that includes Håkan Stuvemark ( Wombbath) is going to have a particularly gruesome edge to it and Swedish duo Consumption doesn't disappoint.

'Recursive Definitions of Suppuration' the band's debut, now available in 180 gram vinyl format, is a blood spatter analysis of the carnage left behind by the likes of Carcass and Autopsy. The sound isn't as murky which means the bloodletting caused by the eleven tracks of macabre sounding deathgrind on the album are more indiscriminate in their butchery of the ears. I'm not sure if Håkan Stuvemark is solely responsible for the vocal delivery here, if he is then many demons must inhabit his body because they are pretty varied, none pleasant, but not too extreme either, while the manic drumming of Jon Skäre gives depth to the grind, elevating it to death metal intensity and depth.

This is the soundtrack to your own post - mortem. 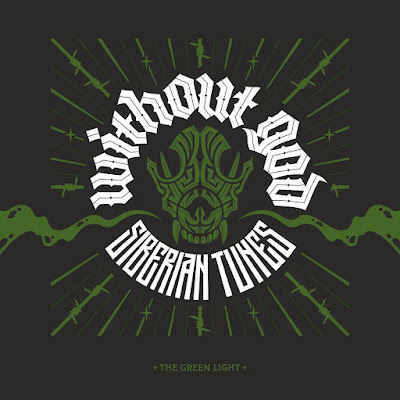 I'm in the fortunate position where I receive lots of promotional  material. Some are really nice surprises, others tend to be put on the back burner as they just don't suit the kind of music I feature on the Podcast. There are a few however that make the heart skip when you see the name of the band featured in the promo. The email I received featuring a new release from Without God made me break out into a sweat. I've followed these Russian guys for years and eagerly snapped up every album and EP they've produced and never been disappointed by any of them.

So, is 'Siberian Tunes: The Green Light' any different? That's a big no! It's excellent as always. Four tracks of psych tinged stoner doom, slightly more polished than what has gone before but no less heavy. Copious amounts of sludge is still apparent, however the added metallic crunch to the riffs add a potency that manages to tarnish the extra polish which is further scarred by the excellent, slightly acidic lead work that manifests itself throughout this album. One of the aspects of Russian metal I've noticed over the years is the propensity for the vocal delivery to be on the harsh side but this isn't the case with Without God, instead, vocals on 'Siberian Tunes: The Green Light' gel perfectly with the stoner undertones of this E.P.

Did I say EP? Damn, I want a full length to satisfy my craving for more music from Without God.

Email ThisBlogThis!Share to TwitterShare to FacebookShare to Pinterest
Labels: Stoner/doom

CRYPT MONARCH ~ The Necronaut (Album of the Month July 2021) 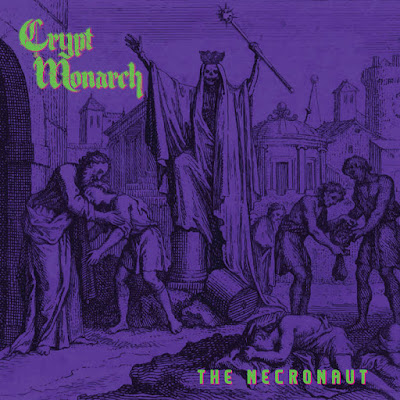 Trying to work out an 'Album of the Month' is pretty difficult especially when you listen to so much and embrace so many different styles and genres. This month has been slightly different though. In spite of all the excellent albums that July has birthed, 'The Necronaut' by Costa Ricans Crypt Monarch has hoisted its immense bulk head and shoulders above the rest. It's the guitar tone that's done it for me, moist and saturated in so much fuzz that if you could squeeze each track, gelatinous riffs would drip through your fingers. I like my doom in all its various forms and there is a surprising amount of diversity out there but if I could become Frankenstein for a day and mould together various bloated doom body parts, it would evolve into the corpulent stoner doom entity that Crypt Monarch has become.
As you would expect, 'The Necronaut' isn't a rollercoaster ride, instead, saddle up this Jurassic monolith and let the droning momentum take you where it will.
at August 10, 2021 No comments:

Email ThisBlogThis!Share to TwitterShare to FacebookShare to Pinterest
Labels: Stoner/doom 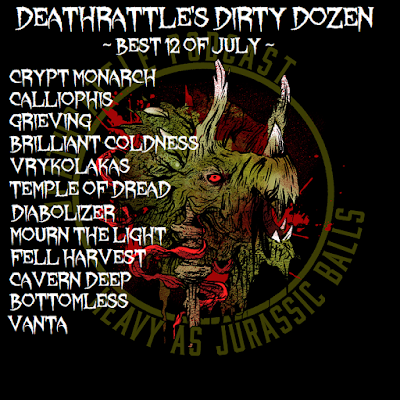 A busy month as always with the top three of my favourite albums for July dominated by doom. The biggest surprise was the album 'The Ultimate Dream' by Ukrainians Brilliant Coldness. I play a lot of death metal on the show but tend to be extremely picky when it comes to technical death metal, however Brilliant Coldness doesn't let technical wankery get in the way of a ferocious onslaught. 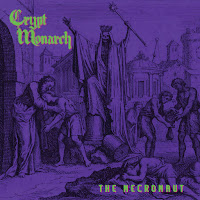 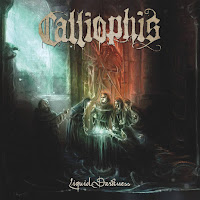 The third album by the German band refines the finding of the previous full-length work, in the best way demonstrating the professionalism and ability of the musicians to combine a dense clean sound with a technically perfect performance. This is doom death metal of the highest standard, cruel and loud, but not devoid of a share of atmosphere, and, most important, individuality and unique mood. GRIEVING ~ Songs For The Weary 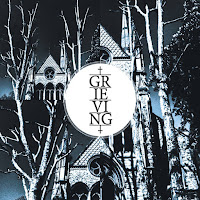 "GRIEVING are following the footsteps of their forefathers, with sounds of doom accompanying them as they weave stories of devils, witches, ghouls and the endless capacity for evil in the heart of every human being. Singing songs for the weary, they grieve over this dying world" BRILLIANT COLDNESS ~ The Ultimate Dream. Plan B: Disposal Of Humanity 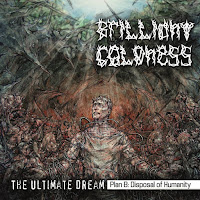 "This material is something new in extreme music. Imagine Niccolò Paganini plays extreme metal that's what it's all about! We call it "Academic Death Metal". This music played at the limit of physical abilities. It's a powerful energetic flow of minds and feelings; a journey to the world of magic and wizardry of the human mind's endless abilities!" VRYKOLAKAS ~ And Vrykolakas Brings Chaos And Destruction 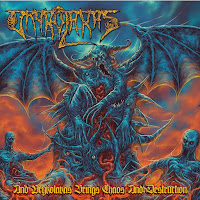 "This is the 2nd version of our 3rd album. The first version was recorded back in 2010 and could not complete the vocals. 5 out of the original 9 songs from the 1st version were re-recorded here: 1. Silkhannas Falls From Grace 2. Kaf-Fa-Ra 3. Yajuj Majuj Versus The World 4. The Dajjal Brings Chaos 5. Seven Steps Above Six Under. The original version sounded really chaotic, befitting the album title but with only vocal guides recorded by Khairil. Maybe we will release that as a demo in time to come. We decided to re-record this album with 3 new songs and reset the tempo of the songs to make them heavier." TEMPLE OF DREAD ~ Hades Unleashed "Despite the two extremely strong previous albums, we managed to pack a few more bits on top! “Hades Unleashed” definitely contains our strongest material so far”, says Markus Bünnemeyer, guitarist of the North German Death Metallers. “The album keeps what our name promises - even if we experiment more within the genre boundaries than on the previous albums. We have written the fastest songs of our career so far and slowed down the pace significantly on some of the other songs. All in all, the listener gets a fat piece of Old-School Death Metal, seasoned with a good portion of eighties thrash." DIABOLIZER ~ Khalkedonian Death 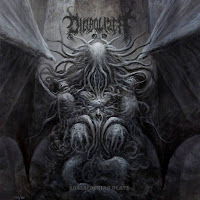 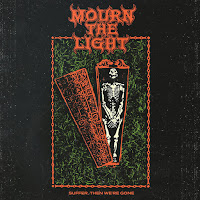 "At one moment delivering crushingly massive riffs, only to jump at the next turn, galloping along with shades of classic power metal taking hold and leading the way. All the while focused on incredibly memorable songs, with catchy hooks and singalong choruses." FELL HARVEST ~ Pale Light In a Dying World 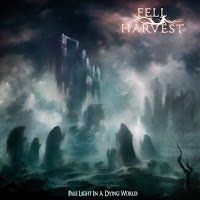 "Compared to its predecessor, it has more progressive elements while maintaining the straightforward doom and death metal tropes, and lyrical concepts. It is recommended for fans of Paradise Lost, Opeth, and My Dying Bride." CAVERN DEEP ~ Cavern Deep 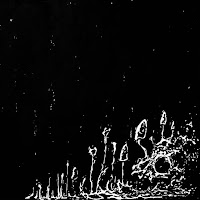 "The start of the expedition. One archaeologist and 49 men stand at the gates of a previously unknown civilization, for a moment staring down into the bowels of the mountain before they begin their decent. The journey downwards turn out to be more dangerous than expected, they climb down through whirling stairs lit only by organic fluorescent lights.. Further down the path turns more and more crumbled, eventually they must use ropes to traverse the broken bridges and tunnels over the deep chasms below. Filled by the promise of treasure they continue downwards. Many men go missing as they’re tasked to explore diverting tunnels, they never return and their screams are followed by silence. the only thing found is their safety ropes, driven by greed the archaeologist continues the expedition." BOTTOMLESS ~ Bottomless 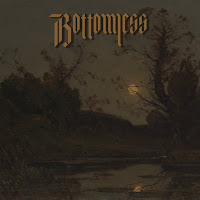 "BOTTOMLESS plays nothing but unadulterated Doom Metal in the vein of the ancient masters, a slow and fervent display of Heavy Metal and dusty riffs." VANTA ~ Zero Kelvin 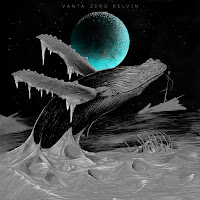 "Zero Kelvin is a collection of dystopian lullabies. A journey through landscapes of disphorian metaphors. A bottle filled with the frozen water of the black sonic river."
at August 08, 2021 No comments: