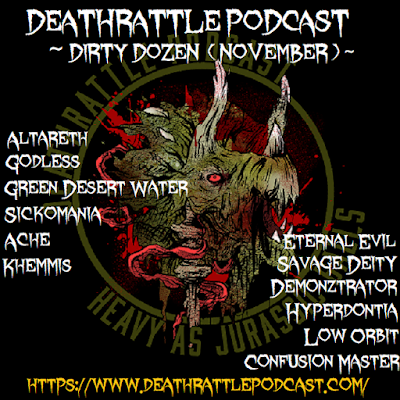 Although a doom band took the number one spot once again, November was very strong for the thrashier side of death metal. There are several bands that are new to me in this months list. 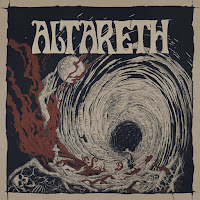 On their debut full-length "Blood", Altareth serve their sludgy guitars low and slow, with a slab of fuzz and a side of doom in massive portions. 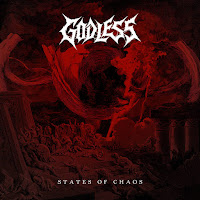 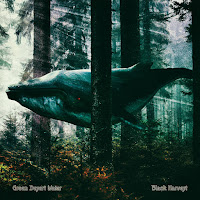 Rest assured, you’re about to spend 38 minutes in the presence of masters. Roll with it and be glad you did. FFO La Chinga, Captain Beyond, Lord Fowl, Black Elephant
SICKOMANIA 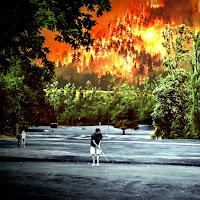 Ache is a Dutch sludge/doom duo from the Netherlands.
KHEMMIS 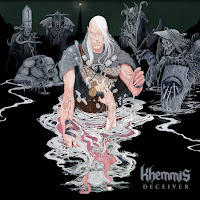 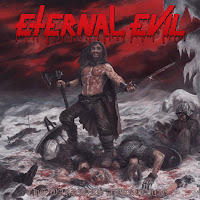 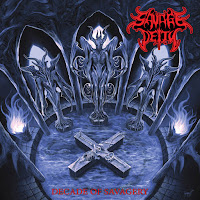 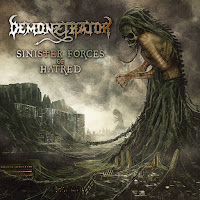 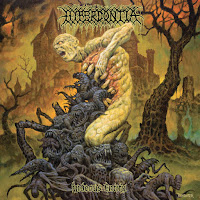 Opening with a charnel blend of doomy riffs and cavernous drum work, the band draw once more from the spectral vein of old school Death Metal with their own crushing blend of slower moving extremity.
LOW ORBIT 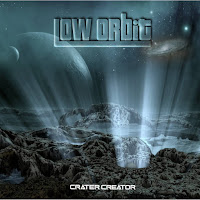 Through solar skies three journey from the center of the earth to a time and space unknown........a place where the explosive sounds of heavy groove and psychedelic rock collide to create a home just above earth.
CONFUSION MASTER 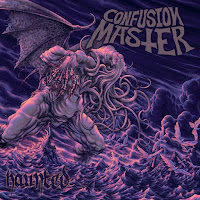 Existentialism and escapism. manifesting the personal horrors in tone.walking traditional doom paths, deeply rooted in sabbathian mud. sidekicks towards sludge and underground hardcore as played in radical D.I.Y. circles add to the mix.
at December 18, 2021