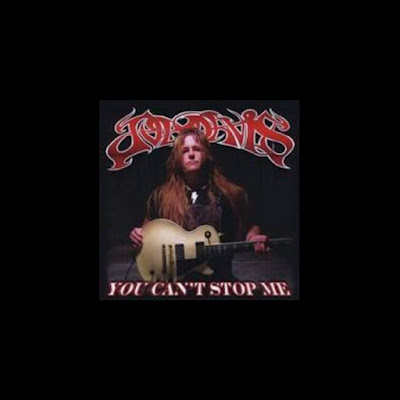 I'm always scouring the web for new guitarists to love. For me, there is a dearth of them on Bandcamp unless you're a shredder and those guys tend to sound samey and bore me after a short time. Show patience, dig a little deeper and the gift that is Bandcamp will eventually reveal its secrets, such as The Joe Davis Band. Straddling the boundaries set by the likes of Jared James Nichols and Zakk Wylde, The JDB is a juggernaut of Southern style heavy rock/metal. Open up this particular album and it sounds like you've stepped right in the middle of a full on bar room brawl, guitar shrieks like a spoiled kid clinging to its mothers skirt, backed up with drums of rolling thunder and bass that sounds like a Trench Rammer.

It appears that the band's full catalogue is now available digitally on Bandcamp. Pick any one bar 'Little Songs' which is acoustic, and you're subject to some of the most raucous, belligerent, Southern fightin' talk, tempered by the occasional foray into delta blues swamps, a cooling off period before you step back into the fray.