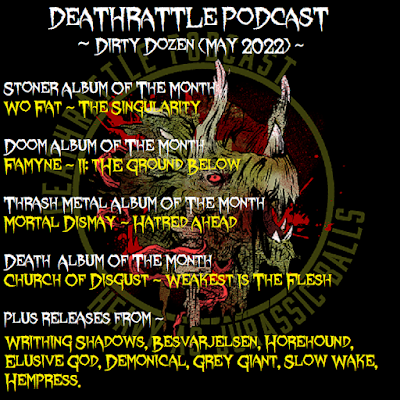 Deathrattle Podcast's 'Best Of' releases for May 2022

WO FAT ~ The Singularity 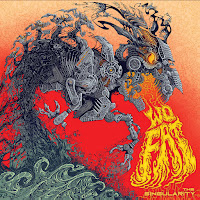 Musically, The Singularity ventures outside Wo Fat's well-establish blues-based paradigm, keeping all the heaviness but also tapping into some 70’s fusion influences and more open jamminess.

FAMYNE ~ II: The Ground Below 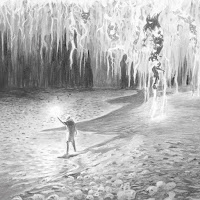 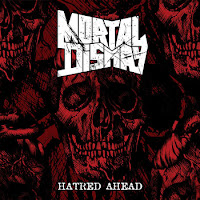 Thrash with an Exodus like groove and Slayer like hate.
CHURCH OF DISGUST ~ Weakest Is The Flesh 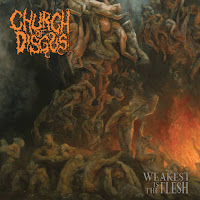 Featuring eight tracks of ungodly heaviness and the most efficient songwriting around (and a haunting interlude and outro), Weakest is the Flesh is undoubtedly CHURCH OF DIGUST's strongest statement to date. DEATH METAL OR DIE!!!
WRITHING SHADOWS ~ Writhing Shadows 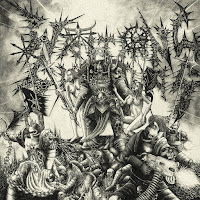 After a slew of EPs, a demo, and a split, Alabama wardogs WRITHING SHADOWS are finally ready to unleash the full assault.
BESVARJELSEN ~ Atlas 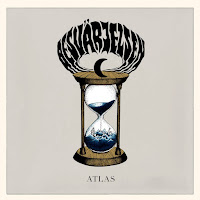 Besvärjelsen (Swedish for “Conjuring”) formed in 2014 by members out of bands like Dozer, Greenleaf, Afgrund, Lastkaj and V.
However rooted in Doom you will find traces of Progressive Metal, Punk, Folk, and simply old classic Rock n’ Roll that has been carefully weaved together to a sound as heavy as it’s sophisticated.
HOREHOUND ~ Collapse 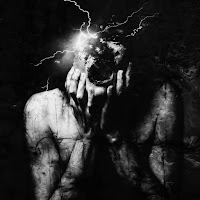 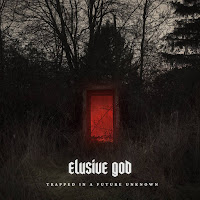 Fortress of sound equal to the brutal cosmic punch in the face of an ancient disgusting mythological giant awakened from the aeons of eternal sleep by earth-shaking, almost razor-sharp epic riffs
DEMONICAL ~ Mass Destroyer 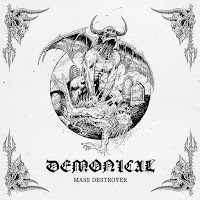 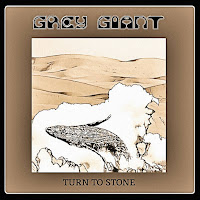 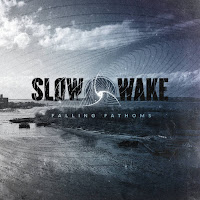 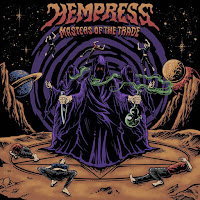 Hempress delivers heavy, brain melting bass/guitar riffs stuffed with psychedelic influenced lead parts. Lyrical topics going from extra terrestrial beings to murder and drugs, horror and the unknown. Hempress rises from the dead and walks through the smoke in the midst of the night.

Email ThisBlogThis!Share to TwitterShare to FacebookShare to Pinterest
Labels: Dirty Dozen May 2022