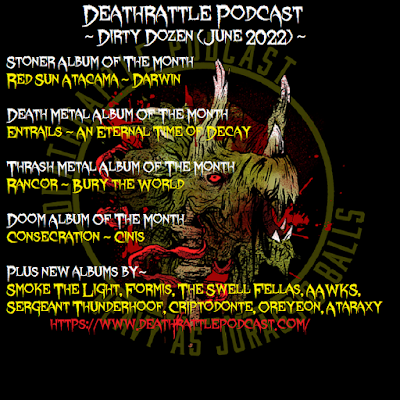 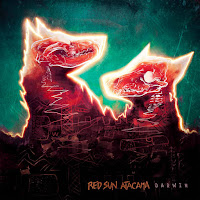 French fuzzheads trio formed in 2015.Worshippers of the Sun, the Sound and the Holy Riff.
ENTRAILS ~ An Eternal Time of Decay 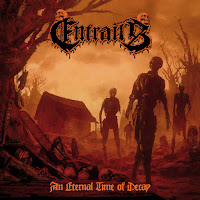 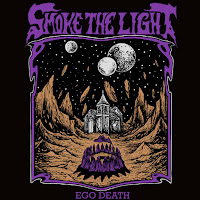 we play lound catchy music pulling inspiration from bands like queens of the stone age, elder, and high on fire
RANCOR ~ Bury the World 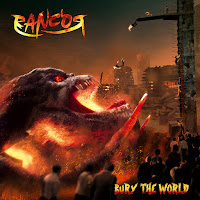 4th album of this killer spanish band that plays an intense Thrash Metal in its purest form, blending aggressive riffing with a great sense of melody creating memorable songs dragging varied influences that might remind you to bands like VIO-LENCE, OVER KILL, SLAYER, old METALLICA, TESTAMENT, early ANNIHILATOR and the Bay Area sound.
FORMIS ~ Pogromca 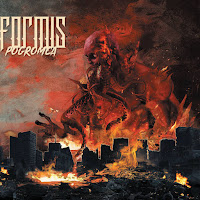 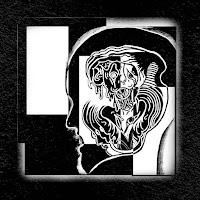 Get your head right.
Intricate meditations and heavy riffs.
AAWKS ~ Heavy on the Cosmic 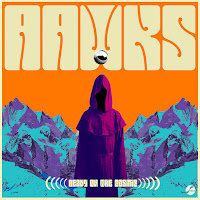 AAWKS is the product of four acid casualties united by a love for high fantasy, psychedelics and heavy rock music 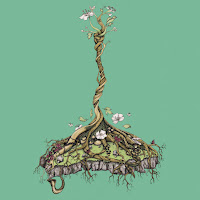 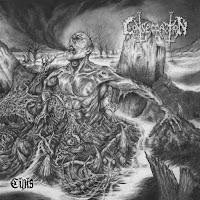 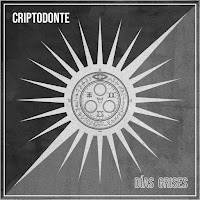 Sludge /doom from Argentina
OREYEON ~ Equations for the Useless 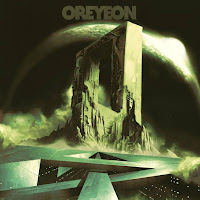 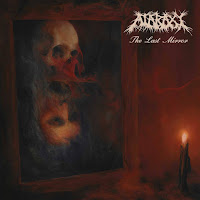 From discomforting vocals and eerie leads to the monstrous guitar riffs and contorted bass backed up by some truly hard-hitting drum work, everything works in unison yet slightly out of sync to bring you further into the nightmare of “The Last Mirror”.
at July 31, 2022 No comments: 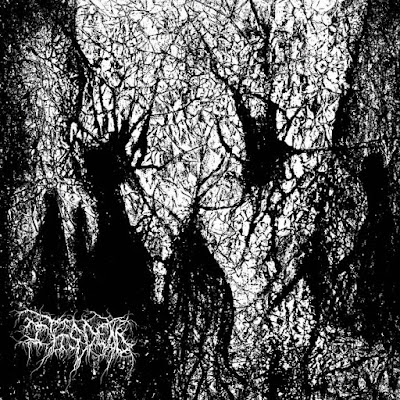 The band is called It Is Dead and from the stench of the seven tracks on offer, its been dead for some time, well past the bloat stage of decomposition. The brand of blackened deathsludge on 'Hell Is Now' from the anguished vocal cries to the sickening tar like riffs, is nectar for the sickest of minds.

Email ThisBlogThis!Share to TwitterShare to FacebookShare to Pinterest
Labels: Deathsludge, It Is Dead 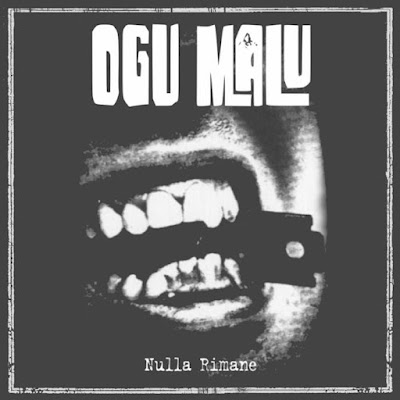 Italy is my flavour of the month for extreme music. Almost every current release from that area of the globe, and there have been plenty of them, has been exceptional and here is another in the shape of  Ogu Malu. Their album Nulla Rimane is a fine example of  how to ladle on the sludge nice and heavy yet keep it interesting by adding a stoner ingredient that loosens the whole record up making the oppressive tone sound almost groovy.
at July 18, 2022 No comments: 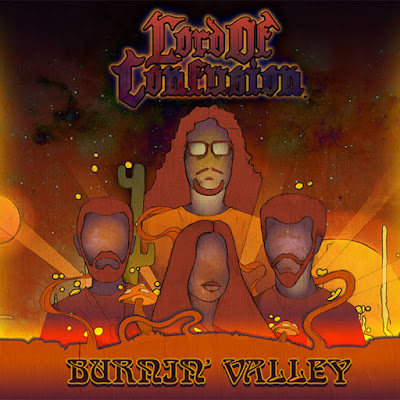 Lord of Confusion, a stoned celestial body of psychedelic doom borne aloft by forboding waves of organ. Imagine these guys hunched around The Seal Of The Seven Archangels, with an Arcana of  Pentagram, Sleep, Saint Vitus, Black Sabbath, Electric Wizard and Black Widow spread before them.
There is a new album entitled 'Evil Mystery' due later this year through Gruesome Records.
at July 16, 2022 No comments: 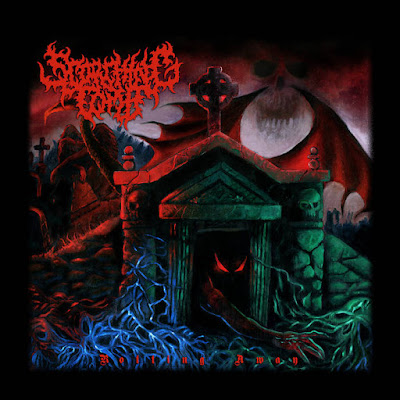 There will be a cassette release through Dismal Fate Records sometime in September. 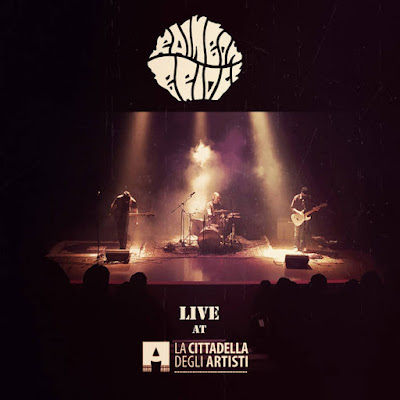 I have to admit to being somewhat picky when it comes to buying 'live' albums these days, the sound quality has to be impeccable or as near as damn it, but I always make an exception with bands like Rainbow Bridge. Not that the sound is bad or anything, it isn't but Live at La Cittadella degli Artisti has that certain 'grittiness' that is essential for blues rock bands that are Rainbow Bridge's trademark jams. Coming across as a mix of Hendrix and Rory Gallagher, Live at La Cittadella degli Artisti captures a live setting in all it's flawed glory, intimate yet raw, you can hear sweat dripping onto rough, beer soaked floorboards. Caustic lead guitar cuts, scratches and tears through the incessant throbbing of the rhythm section before lying together, sated, in a  post coital crescendo.
at July 10, 2022 No comments: 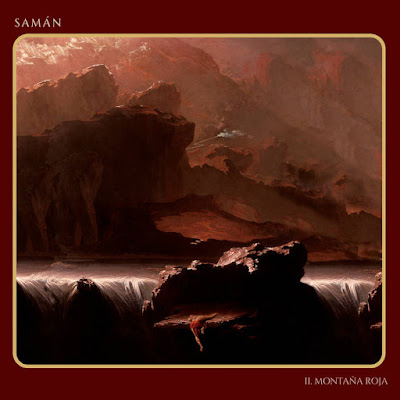 From the Andes mountains, Samán has created a landslide of  heavy driving stoner fuzz stretched to breaking point from the  frequent bursts of particularly heavy doom but often tempered with gloriously subtle progressive jams. For example, listen to the track 'Camino a la piedra' and tell me you can't hear Tool in there. The most striking thing about II. Montaña Roja is how seamlessly it switches tempo, the album sounds so smooth even when hitting the brick walls of doom. This is really excellent! 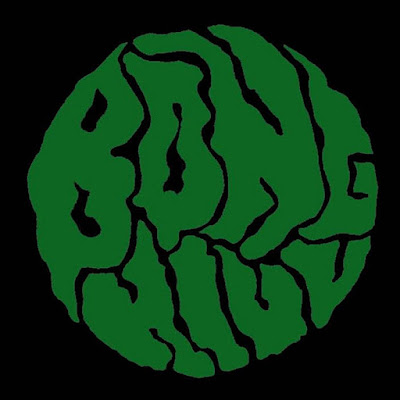 A six track demo of decent quality, drowned in dope, stoner doom with leanings toward Electric Wizard. The band Bonghill has steered away from the current trend of adding elements of psychedelia and progressive passages in favour of  dropping down and pounding out drug addled doom riffs.

Very much worthy of attention.

Albums Of The Month