DEATHSTORM ~ Blood Beneath The Crypts (2016) 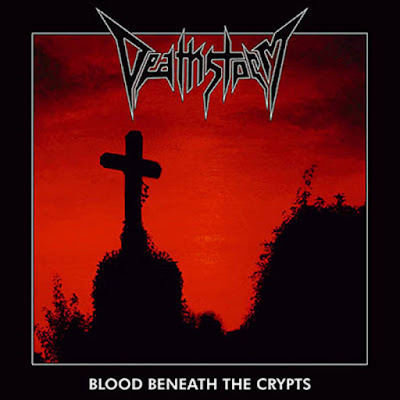 Most thrash bands can be labelled within a particular narrow band whether it be Bay Area, Crossover of 'sounding like' Slayer, Exodus, Kreator etc and thats fine with me as long as it gets my head nodding and feet tapping. What elevates Deathstorm ( The Austrian version) above the majority of its peers is the fact that this band never rests on its laurels in one place. The tempo shifts from one album to the next, track by track, all slay mercilessly whether slashed to pieces by speed, chopped up and diced by mid tempo crunch or simply dragged to your knees by death metal influences.

There is a three track demo cassette ( Swarming ) due in November through Dying Victims Productions that brings yet another chamelionic shift, this time into the era of late 80's American thrash with a slightly rawer sound akin to Dream Death circa Journey Into Mystery.