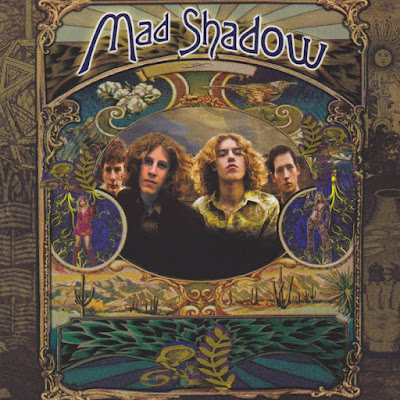 Mad Shadow is a British Columbian band that has released 3 records as far as I am aware and, I suspect, is named after the 1970's Mott The Hoople album of the same name.

The band has frequently been compared to Led Zeppelin, by and large I can see why as there are hints on some of the tracks especially 'Long Road Blues' but listening to this album in depth after many years I detect a smoother blend of  classic, melodic blues rock with hints of metal in some of the songs. Whoever these guys sound like, they can certainly play, licks are coated in sufficient sleaze to ensure the album doesn't sound too polished and the vocals are excellent, delivered with bluesy angst.

Note ~ The 2013 album 'Heavy Blues' is HUGELY influenced by early Led Zeppelin. Awesome blues influenced tracks, has by and large, enveloped the classic rock feel of the first album.