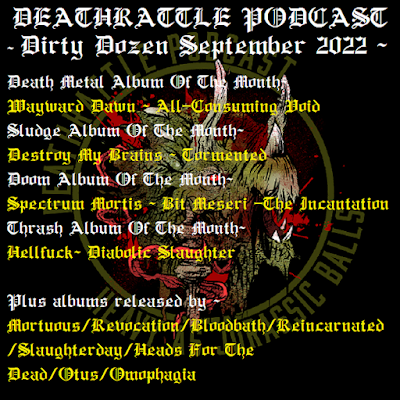 September was quite possibly the strongest month of the year so far for death metal releases which is reflected in the saturation of that particular genre in this months 'Dirty Dozen' with brutality being the requisite option. Even doom had to be heavily influenced by death metal to make my 'best of' and death/doom remains my most favoured of underground genres. It was also a strong month for thrash releases but, although there were plenty of contenders, only one made this list. One of the most notable patterns that has emerged over the course of the year is the lack of new stoner albums making the list. I still love it but I've found that they have to border on doom, or be suffocated in fuzz to fully grab my attention. That being said, there were still plenty of stoner albums released in September that are on repeat play.
Wayward Dawn ~ All​-​Consuming Void 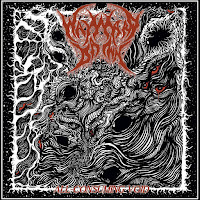 With elements of punk, doom metal and grindcore, the band takes the soundscape to its extremes with the fast parts being faster and the slow parts sinking even further down the abyss of mankind.
Destroy My Brains ~ Tormented 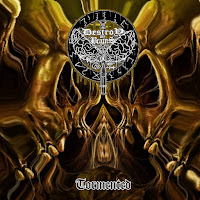 Destroy My Brains, are a hard hitting aggressive Doom/Sludge Metal band from the frozen prairies of the North. Their harsh songs of pain, misery, drugs, and suicide fully corrupt the mind and ears of the unsuspecting listener.
Mortuous ~ Upon Desolation 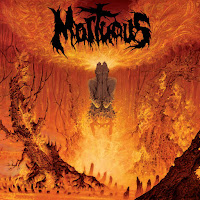 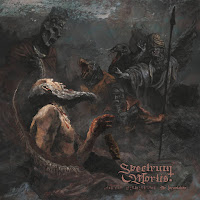 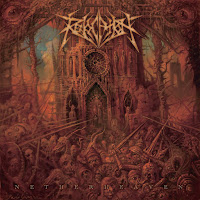 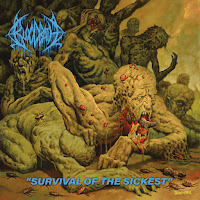 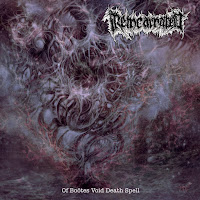 Indeed, that sick music for sick people quickly reaches its apotheosis with Of Boötes Void Death Spell, Reincarnated's full-length debut. To enter into this five-song/31-minute furnace is to step into a soundworld of utter sliminess, humid frequencies unhealthily spawning malodorous tendrils of tension and terror. Or, one could simply stand back and be summarily CRUSHED by the ceaselessly rolling tank-tread of DOOM that Reincarnated so effortlessly dole out.
Hellfuck ~ Diabolic Slaughter 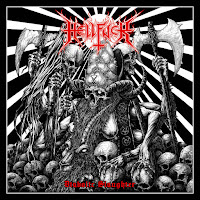 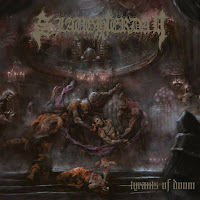 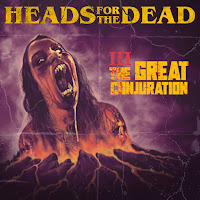 Horror-fixated death metal supergroup Heads For The Dead are back with their third full length to transport you once again to the realm of classic horror movies and they do it most convincingly this time around, with a sound that has been suffused with all the necessary elements, including spine-chilling atmospheric parts and truly terrifying vocals
Otus ~ Torch 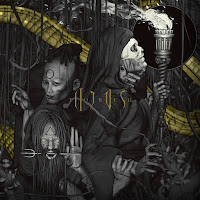 The "Torch" is an allegory on illumination through a work on our darkest and deepest self, where its fire will constitute the alchemical catalyst capable of deconstructing, purifying and then coagulating our new synthesis.
Omophagia ~ Rebirth In Black 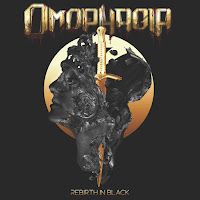